“Employees still remain the most cited source of compromise”

With each new report the cyber security expert consensus remains the same regarding internal culture to self mitigate. The below is an excerpt from the latest Australia Securities and Investment Commission (ASIC) Cyber Resilience Assessment Report: ASX Group and Chi-X Australia Pty Ltd.

“There is clear recognition that effective cyber resilience requires a strong ‘cultural’ focus driven by the board and reflected in organisation-wide programs for staff awareness, education and random testing, including of third parties.”

The Global State of Information Security Survey from PricewaterhouseCoopers also noted that “employees remain the most cited source of compromise”. 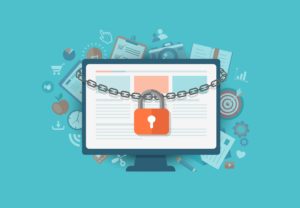 Cyber security resources to help you stay up to date

Keeping your staff up to date with security best practices is one of the best ways to prevent an exposure.

CERT Australia (the CERT) is the national computer emergency response team and are the point of contact in Government for cyber security issues affecting major Australian businesses. The CERT is part of the Federal Attorney-General’s Department, with offices in Canberra and Brisbane.

At least 85% of the targeted cyber intrusions that the Australian Signals Directorate (ASD) responds to could be prevented by following the Top 4 mitigation strategies listed in our Strategies to Mitigate Targeted Cyber Intrusions.

“This Cyber Security Strategy sets out my Government’s philosophy and program for meeting the dual challenges of the digital age—advancing and protecting our interests online.” Hon Malcolm Turnbull MP

CREST Australia New Zealand Ltd, a not for profit company, runs CREST Australia New Zealand on behalf of member companies and provides assessment, accreditation, certification, education and training in cyber and information security for individuals and corporate entities and promotes the provision of high quality, best practice information security services according to its company constitution.

“This comprehensive report is a must-have reference for C-suite executives, senior managers and anyone new to the information security management space.”

The SANS Institute was established in 1989 as a cooperative research and education organization. Its programs now reach more than 165,000 security professionals around the world. SANS is the most trusted and by far the largest source for information security training and security certification in the world.

“Everything you want to know about cyber security and are too tired to search for.” Whatever you may be interested in – from DEF CON to SANS – you will find on this page.

As the emphasis on employee exploitation tactics continues, the more important it is to educate all staff. Cyber Insurance Australia will continue to update this cyber security resource list as more valuable resources are discovered. For any additions please comment or message.

One of the world’s largest engineering firms ThyssenKrupp  has released a cyber security statement. The release indicates they have been the victims of “organised, highly professional hacker activities” earlier in 2016.

The corporation consists of 670 companies worldwide. While ThyssenKrupp is one of the world’s largest steel producers, the company also provides components and systems for the automotive industry, elevators, escalators, material trading and industrial services. As of a 2009 reorganization, it is structured into eight business areas that fall under two major divisions, Materials and Technologies

“The incident is not attributable to security deficiencies at Thyssenkrupp. Human error can also be ruled out. Experts say that in the complex IT landscapes of large companies, it is currently virtually impossible to provide viable protection against organized, highly professional hacking attacks. Early detection and timely countermeasures are crucial in such situations. Thyssenkrupp has been successful in both respects” stated Robin Zimmermann, head of external communications.

The breach which was discovered in April 2016 after a series of additional breaches were discovered by the company’s internal security. The original breach was traced back to February 2016 and was caused by hackers located in southeast Asia. 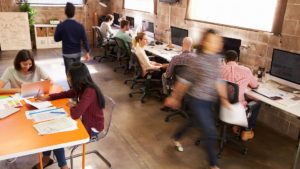 Trade secrets and project data have been stolen from the plant engineering division. Other areas are still yet to be fully investigated in what is now the second major cyber breach since 2012 for the engineering giant. In 2012 TKAG and Airbus parent company EADS had also been targeted by Chinese hackers. In September 2015 China and the U.S.  agreed not to target each other for cybertheft of intellectual property. This is a major step in the right direction and indicates their compliance with these tactics towards other targets.

“It is important not to let the intruder know that he has been discovered,” a spokesman said. The news of the breach was not publicly announced until the company had cleansed the infected systems in one global action and implemented new security measures to monitor its computer network.

Within its marine systems unit, which produces military submarines and warships no breaches have been found.